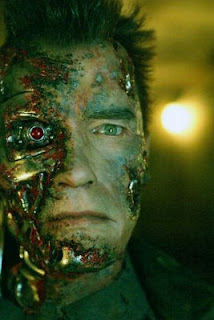 The Adolfo Lutz Institute in Sao Paulo Brazil Have claimed the prize as the first to spot Swine Flu H1N1 mutating into a genetic variant of the disease.

Scientists were predicting this would happen in the Autumn but it's started mutating already provoking renewed panic buying of Swine Flu respirator masks.

Posted by Vegan Chef at 4:34 PM No comments: Links to this post 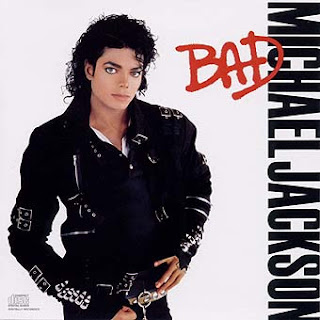 Michael Jackson was a vegetarian says the Hartford Examiner "Michael's promotion company AEG had been searching for insurance companies to cover Jackson on his upcoming tour. After rigorous testing, Jackson was found to be in excellent health. AEG’s Chief Executive Randy Phillips was quoted as saying, “He’s a vegetarian; he’s in great shape.”

In his 1988 book, Moonwalk, Jackson says, “I'm a vegetarian now and I'm so much thinner. I've been on a strict diet for years. I feel better than I ever have, healthier and more energetic.”

Michael Jackson’s father Joe and sister LaToya are believed to be vegetarians as well."

However it seems it's an "I don't eat steak" kind of American demi vegetarian Flexitarian vegetarian diet where Kentucky Fried Chicken, Pepperoni Pizza, Mexican Food and fish are included that Michael Jackson was on.

Anyway no doubt Michael Jackson has had a stressful few years and at least now he can rest in peace.

RIP
Posted by Vegan Chef at 1:08 PM 8 comments: Links to this post

Meatless Monday : One day a week cut out meat

Meat Free Monday - Meat Out Day - Meatless Monday and the concept of giving up meat for at least one day a week is going global.

Meatless Mondays allegedly originated during World War I when the U.S. Food and Drug Administration urged families to avoid eating meat on Mondays to conserve food for the troops and feed starving populations in Europe. There was also a project called “Wheatless Wednesdays.” The program came back into play at the beginning of World War II because meat was being rationed, and it became a way for women at home to support the war effort.

Currently, “Meatless Mondays” has reemerged as an international public health campaign in conjunction with Johns Hopkins University,FARM, PeTA, Paul McCartney, the UN, The Vegetarian Society and many others to help prevent heart disease, stroke, diabetes and cancer.

Meat Free Monday in the Telegraph 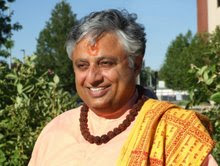 Rajan Zed argued that there was extensive protection of life in Hinduism and ahimsa was a command. All the major religions of the world were opposed to killing, he added.

Zed further said that as eating less meat would help the environment, more celebrities should come out in support of at least staying away from meat once a week, thus contributing to a healthier world.
Posted by Vegan Chef at 7:42 PM 1 comment: Links to this post

Times were when everyone would just be content with a cookbook, these days in our world of cyber google you tube high tech internet ask jeeves instant twitter world possibly even a video is an out dated form of education - Here it is anyway. A Vegan Diet DVD with delicious recipes from Tony Bishop-Weston (who?) , John Bailey (a curly haired raw tart) and Rose Eliot (The Vegetarian thinking man's version of Delia Smith)

Buy one now before they all go! - DVD on Sale

Here's a secret preview, a snippet, a special treat just for you...

As people are struggling to work it out for themselves he's clearly decided it would take a little more effort. Today 15th June Meat Free Mondays launches with a big article in the independent and a new website.

The Independent reveals - 'The McCartneys have attracted support from across the worlds of showbusiness, science, business and the environment. The singer Chris Martin, Hollywood stars Kevin Spacey and Woody Harrelson, actress Joanna Lumley and Sir Richard Branson are advocating meat-free Mondays.

Bluefin tuna collapsed in 2007, says new report at The End of the Line Blog

Man's greedy, selfish, nihilistic quest for meat has now led to the death of the seas as well as the surface of the Earth, the ice caps and the rainforests.

As mans greed for meat has led to the destruction of the lungs of the planet - the rainforests now man has gone on to destroy the oceans through greedy short sighted over fishing.

Fishermen have illegally exceeded limits on catch and size to put themselves out of a job.

It's worried that the adult well travelled tuna that man has probably fished to extinction lead other smaller fish to spawning grounds - the full repercussions of this are unknown but could be catastrophic. 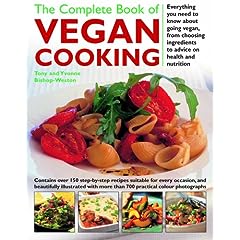 
President Obama says "Ask Jeeves, people search and travel in all weather for cookbooks like this. The healthy recipes are more like song lyrics and poems than a cookery dictionary. Yahoo! It's like free games, tattoos and pictures, the health joke's on you without this diet cheats' best cookbook." (sic)

Britney Spears says "Why would I want this cookbook? I lost my thongs and my family - not my marbles!" (sic)

Posted by Vegan Chef at 5:21 PM No comments: Links to this post

In the European Election 2009: East of England Animals Count got nearly as many votes as the Socialist Labour Party beating Libertas and The Jury Team.

Congratulations to Jasmijn de Boo and all her hard work.

Overall a sad day for British politics especially so close to the D day anniversary that the fascist Nazi sympathisers at the BNP did so well in the polls. Government must root out this philosophy of hate and deal with the issues that have so angered this deluded minority.
Posted by Vegan Chef at 1:20 PM No comments: Links to this post

The Vegan Society of Japan has been founded in 2009 to support the
work of Akiko Iwasa, promoter of the Kyoto Vegetarian Festival (http://www.vegetarianfestival.jp/). Actually a purely Vegan festival,and the largest veggie event in Japan, it has been running for 6 years and attracts around 5,000 individuals.

Akiko Iwasa, is a qualified veterinarian and the co-founder of Café
Peace in Kyoto and is dedicated to promoting animal rights and
veganism.

Since opening in July 2002, Café Peace grew in reputation and
influence around Japan, inspiring many other restaurants and
individuals to become vegan. Although veganism and animal rights
activism is still very much in its infancy in Japan, Akiko has visited
slaughterhouses and animal factories as part of her profession and was
deeply motivated by what she saw. She stopped being a vet because she
believed that vets are ultimately for the people and not for the
animals, and that vets in Japan are only encourage pet shops and the
animal exploitation of what she calls "artificial dogs".

Akiko now focuses what free time she has on spread the word on animal
abuse and believes that veganism is the best remedy for humans,
animals and the planet. Her work has included a weekly half-hour radio
program speaking on animal rights/veganism issues. She, and other
vegetarian innovators like her, have been target of vocal criticism
for disturbing Japan’s economic stability and challenging the factory
farm industry’s viability.

Vegetarianism and veganism are not alien to Japanese culture. The
oldest vegetarian restaurant in Japan (Daitokuji Ikkyu, Kyoto) is over
600 years old and serves vegan 'Shojin Ryori' (temple food), as do
other temple inns such as those at Koyasan. During the 265 year period
of peace called "Edo", before being forcibly opened up by America in
1854, Japanese society was primarily plant based, sustainable and
deeply invested into recycling. Despite this, and having little to no
carbon based fuels, it had the largest city in the world of that time,
modern Tokyo, and experienced one of the most rare flourishings of
culture in human history.

Prior to this, due to the influence of Buddhism, Japan had a tradition
of a primarily vegetarian diet going back over 1,200 years, despite
the efforts of Christian missionaries under Frances Xavier to
introduce meat based diet in the 16 th Century. Emperor Tenmu
prohibited the killing and eating of meat, including both farm animals
and apes, in 675 AD. A law enforced by proceeding emperors. At
Gyokusen-ji, there is a memorial statue to the first cow slaughtered
for its meat, and milk drunk, dated to the late 19th century and the
influence of the first American Consul General Townsend Harris
(1804-1878). Only at this time, did Japan see the removal of the long
standing social taboo against eating meat.

Unfortunately, since the Post-World War II "re-education period", the
Japanese diet has become increasing Westernised and its food market
the target of international meat industries and its fishing industry
expand globally. Since the adoption of oil-based capitalism, and its
economic booms, Japan's diet has become increasingly unsustainable,
and animal based, provoking concerns of its "food security" and
reliance on imports.

However, traditional original foods still exist as part of the staple
diet and are availabe widely. They afford a rich, varied and
nutritious sources for vegetarians and vegans. There is also a healthy
undercurrent of organic, macrobiotic, LOHAS (Lifestyles of Health and
Sustainability), organic farming and 'alternative lifestyles'
movements not usually reported in the international mainstream press.

Despite the impression given in the foreign media, the eating of
whales is not universally supported, nor practised. It remains a
largely sentimental attachment for an older generation who, suffering
food shortages and starvation after the war, were the first to be
widely fed it.
Posted by Vegan Chef at 12:41 PM 7 comments: Links to this post

Respect to the students who 20 years ago protested, were crushed, were shot, were beaten and those who survived to tell the truth.

No journalists were allowed into Tiananmen Square today and undercover police peacefully deployed umbrellas to get in the way of the BBC cameras getting anywhere close.

Candelit Vigils are happening across the world whilst even google complies with the Chinese Governments censorship. (What am I saying - even google????)
Posted by Vegan Chef at 9:01 PM No comments: Links to this post 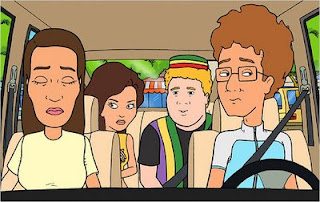 Painfully funny because unfortunately there are a few vegans out there like that. Luckily we're not all like that so we can just wallow in the fact the ideal is getting on national TV on a major network rest assured that humour is a great way to communicate serious issues.
Posted by Vegan Chef at 4:24 PM No comments: Links to this post

At last someone has redesigned the hippyshopper 1960's groovy Vegan society Logo.

Vegan Milk and Chocolate pioneer Plamil were motivated by The Vegan Society's decision to allow "may contain milk" on labelling.

Having rebranded, reformultated and repackaged their products Plamil felt they had no option but to also redesign the Vegan logo to reflect their 100% vegan factory and strict free from quality standards.

Riding the crest of a wave caused by Cadbury's Green & Blacks decision on listing milk powder in the ingredients Plamil's timing couldn't have been better and they have won a string of awards.

There is a dilemma with Vegan and Vegetarian symbols as despite the charities claiming they stand for health and the environment this is not reflected in the standards set by their licensing departments. The Vegan Society licence products such as Uncle Joes Mint Balls.

It's hoped that the standards for this new Vegan logo symbol will not just reflect greater purity but healthier more fairly traded products too.
Posted by Vegan Chef at 2:59 PM 2 comments: Links to this post