The Most Ethical Sunday Lunch In London on Twitpic 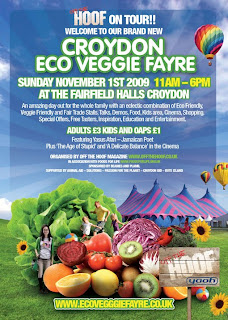 The Most Ethical Sunday Lunch In London on Twitpic

Stupid? Or Not Stupid? You choose on Twitpic 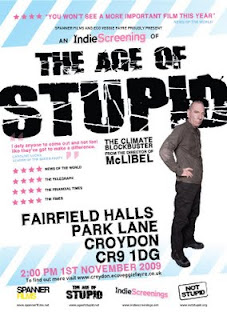 Stupid? Or Not Stupid? You choose on Twitpic

Posted by Vegan Chef at 5:53 PM No comments:

Are you really stupid enough to miss this - one day only - Fairfield Halls Nov 1st - ethical cinema.

Our future is at stake - our future health, our future planet, our children's future - time is running out. What's your excuse for standing by and doing nothing?

The Age Of Stupid

at the eco veggie fayre
Posted by Vegan Chef at 4:37 PM No comments:

Lush Prove it's the Hunters That are Extremists

Lush prove themselves to be true vegan heroes as they take on the fringe extreemists in the Countryside Alliance who think it's acceptable to trample through people's gardens and watch a pack of dogs rip a fox to bloody shreds for fun.

LUSH refuse to be bullied by these violent extremist fanatics who live in a make believe world where they mourn the loss of slavery and allowing women to vote.

Well done LUSH for supporting the working class heroes who get up at 4.30 on a Saturday morning to thwart the psycopathic foibles of the bloodsport fanatics.
Posted by Vegan Chef at 10:06 PM 2 comments: 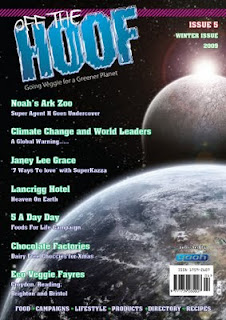 Off The Hoof magazine - Going Veggie for a Greener Planet

This fascinating account – an actual diary of events recorded over 6 weeks, describes a number of appalling situations including the discovery of a recently dead tiger cub’s head in a freezer at the Zoo.

The article is published in Issue 5 of Off The Hoof which is available free to download online from October 27th and in printed format from November 1st when the issue is launched at The Croydon Eco Veggie Fayre, organised by Off the Hoof.

The BBC are covering Noah’s Ark Zoo at 7.30pm Monday 19th October in the programme inside out

Eco Veggie Fayre - Off the Hoof - Yaoh Hemp Foods
Posted by Vegan Chef at 12:40 AM No comments: 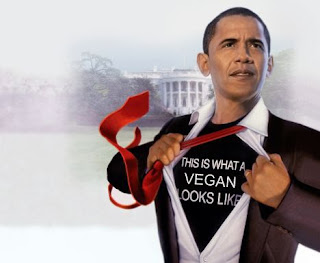 Move over! the mediterreanean diet, GI and slimming world.

The Vegan Diet is the latest (oldest) thing. As Veganism reaches it's 65th Birthday we've seen one of the biggest social experiments into health and sustainability of our last few generations and it's payback time!

Finally the world is taking Veganism seriously - OMG the vegans didn't die of malnutrition or boredom - they've given birth to healthy robust children who look at the world through different eyes.

Old and young, rich and poor, black and white, gay and straight, girl and boy, it's suddenly begining to dawn on everybody what a vegan lifestyle offers for a more fulfilled life.

72 year Peter Gleave is the latest in a long list of people to find that a vegan diet can give you a new lease of life. Even Pepsi are helping people to eat vegan food and find the best Vegan restaurants

Alicia Silverstone Does Vegan on MTV 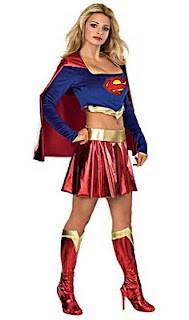 What's all this? Superheroes and Flirters??

Alicia Silverstone is rocking the boat of the status quo and jeopardising the future for us all. She's gone all sensible and logical on us and has written a book called the 'kind diet' andis plugging it on TV and in glossy mags.

Woah Alicia ! Don't let the cat out of the bag! If those selfish, dumbass spotty steak eaters get wind of all this then what hope do we have? If they don't continue eating all that meat and dying at half their natural life expectancy we'll never be able to fit all the vegans on the planet - there just isn't the room!

Posted by Vegan Chef at 9:59 PM No comments:

12 policies to save the climate and our planet | Greenpeace UK

Greenpeace dodge the truth yet again.

But more important than anything if you want an immediate effect on saving the planet it's getting people to eat less meat. The implications go far beyond the simple arithmatic on gases caused by livestock farming and forest destruction to grow food to feed the animals - that's worse than all theworlds transport.

Not factored into that are the resources needed to treat people with heart problems, cancers, diabetes and host of other preventable diseases self inflicted and caused by bad, highly processed, vitamin and mineral deficient diets.

According to a poll by Confused.com Vegetarian Russell Brand's attraction to women is the no 3 most confusing thing to Brits narrowly pipped by Algebra and foreign call centres.
Posted by Vegan Chef at 8:43 PM No comments:

Off the hoof in Borders Bookshops

UK Organic Vegan Hemp Products by Yaoh: vegan magazine Off the Hoof is on Sale in Borders

Grab a copy - and keep us in there!

The Hoof is enjoying a trial run during September and October in selected Borders - including London (Charing Cross and Islington), Brighton, Oxford, Bristol, Birmingham, Glasgow, Leeds and Manchester amongst others. Please support us!

You don't need to be vegan to read it and enjoy it - tell your friends!
Posted by Vegan Chef at 9:58 PM No comments: 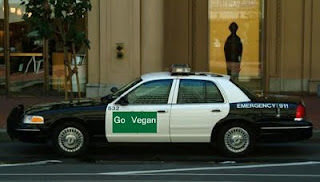 PETA sent a letter to Vallejo Police Chief Robert W. Nichelini offering to buy advertising space on the city's police cars to tout the benefits of going vegan. PETA's request follows news reports stating that the Vallejo Police Department is outsourcing report transcriptions to save money. The ad would feature PETA's "Lettuce Lady," a sexy blonde wearing a lettuce-leaf bikini alongside the tagline "'Lettuce' Serve & Protect--Vallejo's Health, the Environment, and Animals. Go Vegan!" PETA has also offered to send one of its Lettuce Ladies to unveil the new ads.
Posted by Vegan Chef at 11:56 PM 2 comments: Bless her, Heather Mills is back on the road feeding kids in New York her Vegan Bites. TheDaily Mail mostly want to talk about her changing hairstyles - is that interesting? are their readers really that moronic?

For the Daily Mail readers that are interested in improving health and saving the environment the facts and plug for Heather's vegan food for kids and restaurant are there between the lines so we are left feeling marginally grateful, rather uncomfortably grateful considering it's the Daily Mail.

We wait with bated breath for the "Vegan psychopath from Detroit eats pork pies made from babies' ears" follow up story that usually ensues.
Posted by Vegan Chef at 11:52 AM No comments:

Veggievision, the much kinder to your eyes vegetarian 'you tube' style service is now into Veggie matchmaking.

It seems to be working...."I met my now fiancé after only 3 weeks on your website! We exchanged instant chat messages, had web cam chat and then met up for real. I had been single…" says Christine

There have been numerous veggie Matchmaking services over the years but with this one being backed up by VeggieVision it probably has the most chance of success.

What have you got to lose my single friends? Half your bed? half your house? Get a pre-nup!
Posted by Vegan Chef at 8:47 AM No comments: