I've met a lot of meat eating people who struggle with the concept of "vegetarian sausage' or 'veggieburger' "Why do you have to call it by it's meat name" they say complain.

Why? Because if we called it "A vegan rehydrated tofu, onion, breadcrumb and spiced mini log" even the vegans would steer clear of it.

Why is baby cow called veal? Why is a cow or pigs thymus, heart, pancreas served up as sweetbreads? - Marketing.

Why do veggie burgers, veggie sausages, vegan ice cream, vegan chocolate, vegan mayo taste like the real thing? because that's what people are used to and they are scared of change.

It sounds obvious but the most important thing is that food is not only good value for money but sounds, looks and tastes delicious. "It doesn’t matter if the “meatloaf” or cake is vegan so long as it tastes amazing, said Harry Balzer, chief industry analyst for The NPD Group, a consumer marketing research firm. Marketing a delicious cake or promoting that your restaurant offers the most diverse flavors will grow a business, not hocking them as vegan"

When the operations director from Cranks Restaurants (Yvonne Bishop) proudly called me to tell me that she had introduced a 'vegan pate sandwich' she was dissapointed with my response. "Please tell me you didn't call it that...........". Talk to me about a wild mushroom , portwine, red onion and thyme pate sandwich but a 'Vegan Pate Sandwich' who'll buy that? It's like an afterthought, a patronising token "oh look we even do something for you people who are always whinging that we don't do anything you can eat!"

It's the same with 'Vegan Wine' - if the best and only thing you can think of to say about your product is that it's vegan then I don't want to buy it. Desperate Aunties may buy a bottle for their eccentric nephew for Christmas dinner......

The best way to use the use the vegan word on products and in marketing is as a mark of purity - To proudly, and quickly identify your product as free from key allergens, avoiding animal welfare issues and cruelty, avoiding ingredients that increase risk of disease and avoiding key ingredients that jeopardise the sustainability of our planet - it's not absolute but a good general aid to secondary buying preferences (after primary concerns of value for money and taste are met)

My father is an ex butcher who still refuses to give up cheap meat and dairy even though he knows it has riddled him with rheumatoid and osteo arthritis and osteoporosis and makes things worse. Even he views it as a mark of quality and excellence if a restaurant has a decent vegan option on the menu, he won't choose it but they go further up in his estimations that are also based on the quality of their napkins.


When vegan bakery BabyCakes NYC recently opened a satellite shop in downtown Disney World, honesty wasn’t a virtue. The shop’s teal signs touting their dairy- and egg-free treats proved too much for the mostly middle American, indulgent vacationers passing by.
“It was more of a repellant,” said owner Erin McKenna. “People were just walking away.”

Within a few days, the scary ‘v’ word on the sign was made much smaller. And soon, unsuspecting walk-in customers were gushing over agave sweetened vanilla cupcakes with lemon frosting and chocolate whoopie pies, unaware they were made sans eggs, milk and butter.

The easiest way to use vegan as a mark of purity and quality rather than a limiting and defining personification of your product is to use the Vegan Society Vegan trademark. You can get a whole range of products registered for as little as £100 / $150 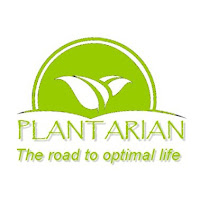 Because vegan does still have a few negative associations, despite the best efforts of Oprah Winfrey, Bill Clinton and a host of other celebrities and famous sports personalities Foods for Life launched Plantarian and One World Day in January 2011

They use this basic logo used by Plamil foods, the pioneers of Soy milk and dairy free chocolate in the UK

It attempts to convey the idea of a journey to a better place, a pathway to health and sustainability rather than a very tight fitting box to squeeze into.

It's hoped that this will be less intimidating and more appealling to the hoards of people still undermining their health and threatening the sustainability of the planet by using their plates knives and forks as weapons of mass destruction.
Posted by Vegan Chef at 11:20 AM No comments: Links to this post

30 years of promoting compassion in NSW


This weekend The Vegan Society of NSW will celebrate 30 years of spreading the vegan message of animal rights, compassion, sustainability and health to Sydney and the State.
“In our 30th year of the Vegan Society, we have achieved a lot. We’ve held six highly successful vegan expos. We have so many enthusiastic and committed members. It’s been a real pleasure to witness the society growing over all these years,” said Greg Mc Farlane, President of the NSW Vegan Society.
The Vegan Society of NSW is of interest to people who care about animal rights, human health and the environment. Vegans refrain from using all animal products such as meat, dairy, eggs, leather and wool. They reject all forms of exploitation of animals for food, clothing or any other purpose.
“Australians deserve to be educated about the many benefits of plant-based diets and supported by government. Until this happens, people can count on the Vegan Society to provide this much needed education and information. We welcome everyone.”
Since Myer Samra and Bill Westerman formed the society in 1981, its many volunteers, presidents and committee members have continued to grow the society to become what it is today – a community of informed and compassionate citizens determined as ever to showcase, promote and celebrate the many benefits of the vegan lifestyle.
The strength of the society is its membership. Many hundreds of people have now benefited from joining the society. The society provides advice and support to help with the transition to a vegan diet. For committed vegans, the society provides social support, activities, and opportunities to be involved in vegan outreach.
Members receive a quarterly newsletter, a free subscription to Living Vegan magazine, vegan shopping discounts as well as opportunities to participate in a variety of social outings, events and festivals.
Media contact: Greg McFarlane: 0400 492 157
Massive event planned to celebrate - Here

Posted by Vegan Chef at 10:05 AM No comments: Links to this post

One for your friends who eat animals ?


www.1worldday.org www.tinyurl.com/oneworldday www.one-world-day.org
Posted by Vegan Chef at 12:58 AM No comments: Links to this post

The Veggie Kids - "What Kind of World Do You Want?"

www.1worldday.org www.tinyurl.com/oneworldday www.one-world-day.org
Posted by Vegan Chef at 11:27 AM No comments: Links to this post

We profile the handful of people who combine veganism with politics at their country’s national level. I went to the UK Parliament to meet Britain’s three vegan MPs. What was their path to politics? And I took with me questions from their counterparts in the rest of the world.

Press the play button to find out. (Or, better still, subscribe via iTunes or your podcast catcher of choice.)

As Diana mentioned in the show, she advocates veganism and sometimes identifies as such, but admits she doesn’t always live up to it.

I referred to studies by the large long-term EPIC-Oxford study, in particular their 2009 paper on cancer incidence. The team have a particular interest in vegetarians and vegans, and I reported their results in my 2008 podcast short at Verdant Reports.

Veganism in Politics: Chris Williamson, Cathy Jamieson and Kerry McCarthy with questions from Denis Kucinich and Maneka Gandhi « The Vegan Option: blog and internet radio
Posted by Vegan Chef at 10:41 AM No comments: Links to this post