A tale of two herds | World news | The Guardian: The fight in Nocton against the UK's biggest yet factory farm battery dairy goes on.

The developer, Peter Willes, has caused concern because of two previous convictions Willes received at other farms he owns. In 2008 he was fined for polluting a stream in north Devon after a case was brought by the Environment Agency, and in 2005 he had a 12-month conditional discharge after pleading guilty to having four types of antibiotics for cows which are illegal in the UK.

Conservative MP and environmental campaigner Zac Goldsmith has called the proposals "squalid" and warned the project would "take farming to a new low".

The 8,000 cows will be divided into mini-herds of 450 cows, will be kept in large barns with 8.3 sq metres of concrete and sand for each animal – less than five times the space taken up by an average Holstein-Friesian dairy cow, or, relative to their sizes, roughly equivalent to a human in a standard toilet cubicle.

The 8,000 cows are expected to each produce 33 litres a day for 10 months a year. The current national average is 28 litres a day, which is itself nearly double what it was 30 years ago.

"It is highly likely that the milk from these high yeilding cows will be a nutritional shadow compared with what is detailed in mccance and widdowson, the nutritionist's bible on nutrient levels in food.

It would be very interesting to look at the actual nutrient levels of this watery bland battery farmed milk compared to a naturally fed organic cow" says Yvonne Bishop-Weston, new forest and London nutritionist
Posted by Vegan Chef at 10:54 PM No comments: 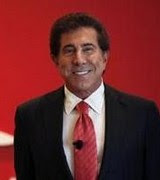 “The notion that you need animal food as protein is one of the great conspiracies of *#%*~#! by the government,” Wynn says, clinking a spoon hard against a china bowl steaming with steel-cut oatmeal. “Did we not all grow up saying we had to have four glasses of whole milk a day for healthy bones? It’s ridiculous. It’s liquid cholesterol.”

Steve Wynn sold Las Vegas hotels The Mirage, Treasure Island and Bellagio to MGM Grand Inc to move up market and build Wynn Las Vegas, Encore Las Vegas which he owns along with some of the world's most famous paintings.

All Steve Wynn's hotels must now provide healthy vegan options, even the 24 hour cafes.
Posted by Vegan Chef at 12:02 PM No comments:

We were invited to the premiere of PLANEAT last night in London. Another in a long line of movie length documentaries that shines a spotlight on the links between diet and the plague of preventable chronic disease that blights western society.

Planeat talks a about the plight of the planet and the links to diet but mainly about health.

Unlike most of the other films in this family such as supersize me , Foodmatters, a Delicate Balance, The End of The Line, Earthlings , Forks over Knives ,  and Food Inc Planeat the Movie pretty much skips the animal welfare issue and focuses predominantly on health

The two main Doctors interviewed at length in the Planeat film are the ones responsible for Mr President Bill Clinton's trial adoption of a vegan / plant based diet to heal his heart following an operation to insert two stints in his diseased arteries.

Both problems can be tracked back to too much meat.

Both problems can be sorted by buying and eating more plants.

I suspect vegans won't openly adore this film because Dr Colin Campbell's original research was based on rats - but like he said it would have been even more unethical to deliberately give human subjects the same cancer and then switch it on and off with a plant or meat based diet. He was lucky to get an opportunity to study the complete Chinese society with his renowned China study and gather evidence that his theories were correct - animal protein and fat feeds cancer cells - it seems animal products don't give you cancer they are just one of the most effective natural tumour fertilizers that nutritional science has so far come up with.

Vegetarians viewers will probably be squirming as 'the cheese issue' raises it's ugly, carbon negative, saturated fat filled head again. At one point it's claimed that an egg and chicken based diet is better for the environment than a cheese based diet having already highlighted that dairy is implicated in a deterioration of heart health and increased risk of cancers.

Vegans will also no doubt whinge that the film doesn't openly advocate a vegan diet. It's not enough to simply avoid meat and dairy you must eat a greater variety plants too. One of the Planeat's team's new best friends is a data cruncher who works at WWF. He has a big chip on his shoulder and says veganism is NOT the answer.

He alleges that even the 'V' on restaurant menus puts people off and that a million people following Meat Free Monday has way more impact than a handful of reactionary hardcore vegans getting up people's noses. He seemed however sadly devoid of any practical solutions on the way forward other than emailing WWF members about the film.

The WWF's belief that people don't care about animal welfare flies in the face of the way consumers and supermarkets got behind campaigners such as Jamie Oliver's efforts to banish battery eggs from supermarket shelves. Research show's 70-80% of consumers care about animal welfare they just have other priorities such as taste, value for money and convenient availability that in practice rank even higher than family health.

Until vegan food matches consumer expectations in taste, value for money and convenience, no amount of leaflets, documentaries, demonstrations, arguments and celebrity endorsement is going to convince them to go vegan.

Messages of "eat less meat" and "meat free mondays" are logically the most likely ways to encourage people on the road to self discovery - just waking up one morning as a vegan is simply too scary for readers of the Daily Mail and The Sun - it's hard enough of a concept to grasp for the Guardian and Independent's contemplative and pondering intelligentsia. They require gentle steps. The Vegan Society has been around for 66 years, Vegetarianism is thousands of years old yet The Vegetarian Society has less members than ever (although that could be because it's now so easy to be vegetarian with thousands of labeled products and v stamped menus to choose from)

Paul McCartney and Meat Free Monday is probably right on the button - one step at a time in bite sized chunks despite the urgency of the ticking clock and big guns like President Bill 'every day is meat free Monday' Clinton proving us right all along. 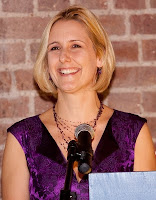 Leading UK Nutritionist in London Yvonne Bishop-Weston said today "There's no doubt that we need more vegetables and fruit in our diet to protect us from self inflicted diseases."

"If you know anyone suffering from any of the major chronic diseases that plague our modern western society we urge you to take them to see Planeat the movie!"


Visit www.planeat.tv or www.planeat.me to sign up for latest screenings
Posted by Vegan Chef at 1:31 PM 2 comments: 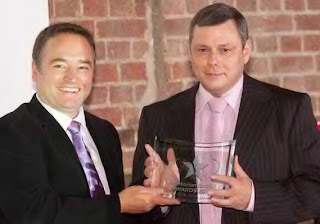 The Lincolnshire sausages that won are truly convenient as you can eat them cold straight from the packet. You can of course put them in the oven to crisp them up as a perfect complement to a full monty Sunday cooked vegetarian traditional breakfast.

Oi! who said it looks like I've done a lot of sampling the products for this category? I wasn't a judge for this!
Posted by Vegan Chef at 12:40 PM No comments: