Interest in vegan diets has finally overtaken vegetarian in the UK as a combined effort from public events such as VegfestUK, the work of the UK Vegan Society and documentaries such as Cowspiracy, Forks Over knives and Earthlings has swayed public opinion.

Despite the mounting evidence that a balanced vegan diet is much healthier than average a worrying stubborn hard-core of Doctors, midwives, dietitians and nutritionists continue to discourage patients from continuing on a vegan diet or even from breastfeeding.

This contravenes all health professional guidance on due diligence and best practice. Governing bodies of health professionals are urged to ensure that their members are aware of all the latest evidence based facts on vegan diets including the availability of nutritional tools such as vegan Vitamin D3 from Lichen and Omega 3 EPA and DHA from algae.

Presently only one professional body, The British Dietetic Association, has publicly undertaken to work with the UK Vegan Society to ensure it's members are fully up to date with the facts on vegan diets rather than the urban myths that abound.

Vegfest UK at London Olympia on 10th October and Glasgow SECC on 5th December will be hosting a health summit, bringing together leading dietetic and nutrition experts to help health professionals bring their knowledge up to date with the facts and evidence based research on vegan diets. 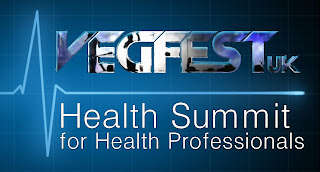 Details on the Health Summits can be found http://www.vegfest.co.uk